Autism: a Q&A with Uta Frith

Jimmy Kilpatrick Posted on January 14, 2013 Posted in Uncategorized No Comments

We spoke to Uta Frith, author of Autism: A Very Short Introduction and asked her about diagnosis, the perceived links between autism and genius, and how autism is portrayed in culture.

Autism was not identified before the 1940s. Weren’t there any autistic people before this?

Autism was not a new phenomenon starting in the middle of the 20th century, but it needed people like Leo Kanner and Hans Asperger to point out the striking constellation of poor social communication and stereotypic behaviours for others to see it too. Clinicians used the terms ‘infantile’ or ‘early childhood autism’ and located it among the neglected population of children who were born ‘mentally deficient’. Gradually clinicians became aware that most of this neglected population showed similar problems in varying degrees, and that specialist services were needed to educate children who could not communicate appropriately. They embraced the idea of the autism spectrum. So, just as there has been an increase in the autism spectrum diagnosis, there has been a corresponding decrease in the diagnosis of mental retardation.

But the spectrum idea had even wider implications. The constellation of social impairments and stereotypic behaviours can also be found in people whose intellectual abilities are average or superior. Previously these people would have been regarded as loners or possibly schizophrenic. It turned out that many families had an eccentric uncle, cousin, or grandfather! From the 1990s the diagnosis of Asperger syndrome became hugely popular and preferred to the diagnosis of autism. This popularity also reflected the gradual recognition of outstanding talents in autism, which is particularly visible in people who are also articulate. The loosening of criteria from early childhood autism, which remains rare, to the whole autism spectrum, which is not at all rare, has helped to make autism one of the most frequently used diagnostic categories today. In the US, 1 in 88 people currently have the diagnosis of autism spectrum disorder.

I have read that some people with Asperger syndrome claim that they do not have a disorder, but that they are just different from ‘neurotypicals’.

Asperger syndrome is a label that is going to disappear from the official diagnostic criteria. This is because clinicians believe that autism spectrum conditions can be diagnosed regardless of severity and regardless of differences in ability. But in its mildest form is autism a disorder? Certainly, the border between autistic and neurotypical is hard to establish. Many of us are a bit geeky and a bit egocentric and a bit obsessive. It could all be just a matter of degree. However, this argument has serious drawbacks. Educational support, psychiatric and other care will only be given to people who have a disorder, and on the whole autistic people do need specialist education and care. My hope is that eventually we might be able to identify clear-cut differences, but not in observable behaviour. The distinctions are likely to be in the underlying mental mechanisms that atypical brain development disturbs in particular ways.  But this is still speculation, and arguments about what it means to be autistic will continue.

Are most scientists and artists on the autism spectrum?

A supremely self-assured egocentrism coupled with obsession with a particular idea or technique seems to be the mark of genius. We expect a genius to be oblivious of the trivial aspects of a conventional social life.

We should be suspicious of this stereotype, because on the one hand, not all artists and scientists are like this. On the other hand, some people may behave like this to persuade other people that they are artists. However, the idea that autism and genius go together has given new impetus to the stereotype. Now we can label the fact that a famous artist or scientist habitually withdraws from company and shows arrogance and blatant socially inappropriate behaviour: it must be autism! However, the likeness to autism is only superficial.  There are many reasons for people to be socially odd and to be single-minded to the point of obsession. In the case of the brilliant physicist Paul Dirac, the case can be made that he had Asperger syndrome and Graham Farmelo’s marvellous biography (“The Strangest Man”, 2009) provides a lot of support for this possibility.

Autism has been portrayed in books, plays, and in films. Which can you recommend?

Rain Man was made in 1988, is one of the first big movies that portrayed autism, and indeed autism in an adult who had many endearing traits. This was hugely important, to make people aw 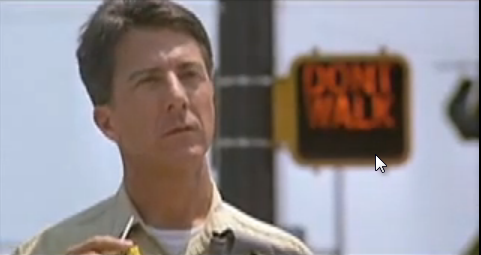 are of the fact that autistic children grow up to be autistic adults and that they could be heroes. In making this film the director and actors consulted autistic people and their parents. This made the portrayal by Dustin Hoffman exceptionally perceptive.

The most frequent aspect that films and books portray is savant talent, for example, an encyclopedic memory. In some cases this is mere caricature of what might be found in real life. The film I like best never mentions autism, and was made in 1979. It is called “Being There”. Here Peter Sellers portrays a man who outshines sophisticated socialites by his innocence. Mark Haddon with his 2003 best selling book “The Curious Incident of the Dog in the Nighttime” succeeded in telling a good story from the point of view of an autistic boy. He made a huge contribution to awareness of autism and a more tolerant attitude to autistic people by reaching a large readership.

Uta Frith is the author of Autism: A Very Short Introduction and Autism and Talent. She is Emeritus Professor of Cognitive Development at University College London and Visiting Professor at the University of Aarhus.